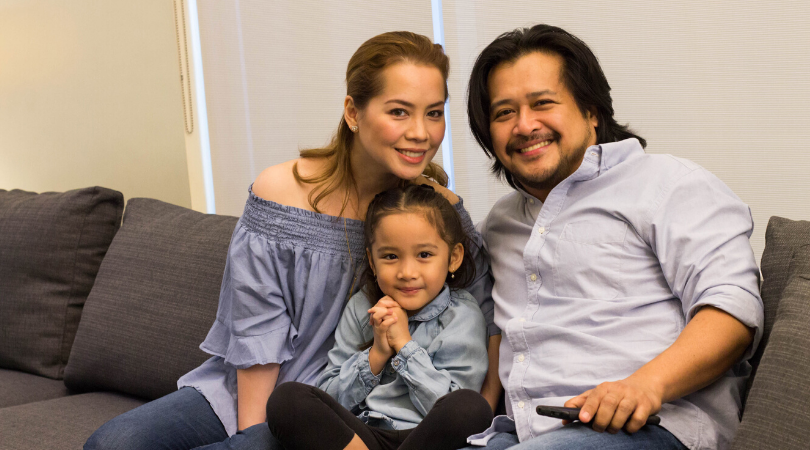 At Home in the Theater

‘The stage beckons to people in different ways. Audiences are drawn to the fantastic settings, the embellished dialogue, the romantic resolutions. But the actors and actresses who flit in and out of the curtains know that the stage isn’t limited to the wood-and-nail structure of the theater.

“All the world’s a stage,’ as the line goes. And a few famous families have taken this to heart, with the stage — including all its dramas and joys — extending far beyond the theater and into their homes.

Stories with happy endings are few and far between, but Lorenz and Sheila’s is one for the books. The talented husband and wife have starred in an impressive list of shows, and have often shared the stage together. In Into the Woods, they played the Baker and his wife. In Atlantis Theatrical Entertainment Group’s (ATEG) Shrek the Musical, Lorenz was Lord Farquaad, while Sheila played Princess Fiona. They closed the 5th run of Rak of Aegis as Tatay Kiel and Kapitana Mary Jane.

Sheila, who’s appeared in Godspell, Dani Girl (also with Lorenz), Carrie, and Cinderella, among others, started theater through a workshop in Repertory Philippines. She was later asked to audition for one of the children’s musicals. “After that I ended up joining Repertory already. My first musical was Aladdin; I was 15 years old. I took a break, I went on hiatus for a few years; I went to college and took up business. And then I got bitten by the bug again.’

After working briefly for the family business, she made her comeback to theater in 2001 – in a play that had also cast Lorenz Martinez.

With both parents in theater (not to mention, veteran actor and Repertory co-founder Leo Martinez as a father), it’s natural to think that Lorenz had ventured into theater early on. But that wasn’t the case. “I started late, I started when I was 18,” he said. “[My parents] didn’t want me in theater because they knew there was no money.”

Eventually though, he was encouraged to audition for a play by his step-grandfather who had heard him singing in the bathroom. “They made me audition and I got in, and I never stopped since,” he said. From that one audition, Lorenz went on to star in shows like The King and I, Forbidden Broadway, and They’re Playing Our Song.

‘The two stage actors eventually met and fell in love in Repertory’s 2001 production of Secret Garden. Starring in the same shows has its perks. “It’s convenient for us; we save gas, we can rehearse and work on our script together,” said Lorenz. “We throw lines… We give each other notes. We never get competitive with each other.”

‘The two were even lucky enough to work in Disneyland Hong Kong and the Cinderella Asian Tour together. After getting married and going on their work-slash- honeymoon tour, the couple returned to the local theater scene. “I came back, we did the December run of Spelling Bee, doing cartwheels and splits, and I was pregnant na pala!” Sheila exclaimed. A few years forward and the baby is now the six-year-old girl named Simone who sat beside them, listening to the story with a look of surprise on her face. “What if I cried!” she exclaimed.

Her parents laughed at this; Lorenz explained, “You were still small!”

When asked about Simone’s budding career as an actress, Sheila responded, “When she was born, I was kind of hoping she would kind of do something else. I know the feeling of my parents now…. But she’s really showing signs of interest.’ She went on to list her daughter’s already impressive list of cameos and performances, from a music video to an indie film to several commercials.

“I think she’s too young to do plays,” said Lorenz. “But we’re training her”

And with that, the future seems bright for young Simone. Not only is she lucky to have such formidable actors to train her, but she’s blessed to have the support and guidance of two loving parents who know that happy endings in the theater world are achieved through talent, persistence, and an ounce of luck. Mikkie Bradshaw’s first stage was her family’s own living room, in a quiet farm in Butuan, where her parents were doing missionary work. “There was no one around for about an hour,’ she said in a voice as clear as a bell. “So, we had no choice but to make up our own stories and entertainment.”

Mikkie’s love for musicals was fueled by her mother who had once dreamed of being a thespian herself. “I only ever heard of Repertory as a kid… because she used to tell me about the shows she used to watch in her youth.’

Despite being cautioned on the pitfalls of the profession, the girl from Butuan remained persistent about pursuing a theatrical career. “I auditioned for six years and got nothing,” said Mikkie. “And then The Sound of Music happened and I got the role of Liesl. I was 20 at the time… That was the affirmation that I needed to tell [myself] that okay, I belong”

It was in her second play with Atlantis that she met Nyoy Volante, who was no stranger to the music scene. Though his family had no musical background (his  father was the vice president of a garments factory, while his mom was an interior designer), Nyoy grew up to be a talented musician. Even before gaining fame as an acoustic balladeer, he had already stumbled upon theater in his teens, having participated in school plays.

“I did some lights and sounds for small productions and then eventually they discovered that I could sing,” said Nyoy in a mix of Tagalog and English. “I was in the ensemble for Rocky Horror Show and then I was fortunate enough to be assigned roles that led me to discover that I could do it”

That discovery led him to play Drew Boley in the production of Rock of Ages, where Mikkie was part of the ensemble. Sparks flew, and though they tried to resist getting into a “showmance,’ by technical week, they were inseparable. After years of dating, they married in early 2016.

‘The two have only nice things to say about working together onstage. “We definitely savor when our lives are perfectly in sync,’ said Mikkie. “And it’s refreshing to be able to go home to discuss a scene… and being able to say, ‘How’s that scene? Parang | feel kulang, and “Yeah, try this”

From Rock of Ages Mikkie went on to star in shows like Aladdin and Nine, and played the titular role for Carrie. Nyoy racked up theater credits with Dreamgirls, Rent, Legally Blonde, In The Heights, and Shrek. Mikkie shared that as a pre-show ritual, Nyoy would buy her a bottle of Arizona Blueberry White Tea before opening night. ‘The last time she counted, there were 14 empty bottles at home — a testament to their growing success as thespians and as a couple.

In the midst of all the showmanship and showmance, there’s Sophie, Mikkie’s seven-year-old daughter, who has watched with wide-eyed wonder as her mother and stepdad conquered stage after stage. “I had my doubts because there was a moment when she was very shy,” Mikkie said. “And then last summer, she wanted to join Rep workshops and immediately, I saw a change. There was like a spark, there was a light in her eyes.” Apart from belting out tunes in the car and directing her own skits at home, Sophie started her own YouTube channel called Toy Collector Cat, where she reviews toys and makes music videos. In these moments, Nyoy and Mikkie are more than glad to step into the sidelines and let Sophie do her thing.

‘The inspiration and support aren’t in short supply and we can expect great things from this little girl with curly hair, who was raised to respect and love the stage.

For kids like Simone and Sophie, the call of the stage is loud and clear, the path already stamped out by their parents. Nature and nurture come into play to ensure that the stage is never without fresh talent. And the same can be said for other big names in theater — the Pefias, Buencaminos, Medinas, and Manolos, among many
others — where it is likely that a family member would follow in their trade. The passing on of talent and training may be a given, but the real privilege of belonging to these families is the sharing of a true passion for the stage. 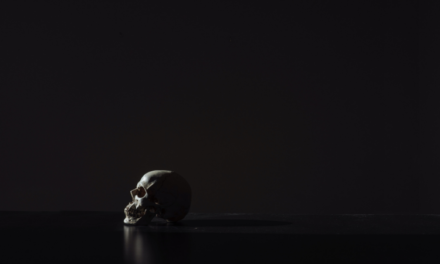 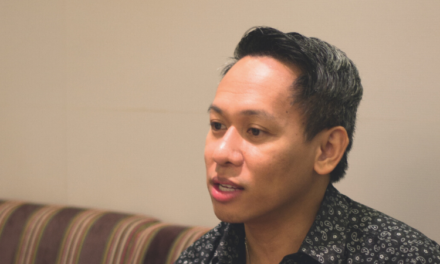 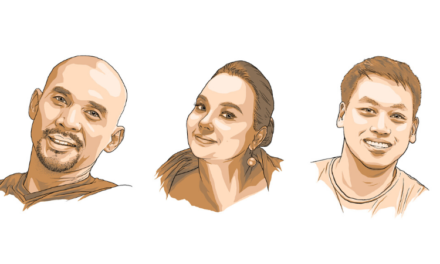 Silver Linings in the War of Art