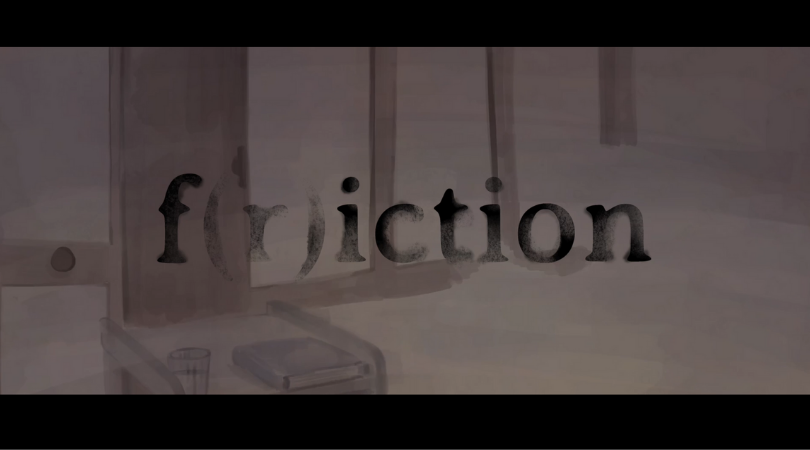 Ateneo Blue Repertory closes its season with “f(r)iction,” an original play by Bym Buhain and Miyo Sta. Maria, with music and lyrics by Ejay Yatco. Directed by Andrei Pamintuain, f(r)iction is designed and directed specifically for streaming.

To adapt to a digital stage, the cast and crew shot the entire musical solely on mobile phones, and the scenes were edited together by Director of Photography, Rhadem Musawah. They also brought in Sound Engineer, Jan Levi Sanchez, and Graphic Designer, Carlos De Guzman to tie it all together. On paper, all of this seems promising, but the end product doesn’t quite live up to its hype.

Put plainly, f(r)iction is about Karlo – played by the frenetic and high-energy Davy Narciso (last seen as Henry in Ateneo Blue Repertory’s “Next to Normal”) – a struggling writer who drinks a little bit too much, chasing an impossible deadline. He and his fiancée, dancer Audrey, played by Julia Santiago, are drowning in bills, and topping it off: they have a baby on the way.

Karlo then meets a stranger in a cafe, Ben, a poet with a glass of whisky in hand – played by JV Fulgencio – who, through that one meet-cute, provides the inspiration Karlo needs to write like a madman and finish his book.

What looks like a slice-of-life play about thirty-something (or late twenties?) artists devoid of inspiration who find themselves in an almost-love-triangle turns into something much more complicated than that. And that’s supposed to be the big twist of the story. Spoilers ahead (you’ve been warned): It turns out that Ben and Karlo are the exact same person. With the help of a Therapist, played by Shaun Ocrisma (who also plays two other characters not essential to the plot), the two somehow find a resolution simply by accepting that the other also needs to exist.

I have to commend Ateneo Blue Repertory for adapting a musical set pre-pandemic into a digital piece. I cannot imagine the difficulties the organization encountered trying to mount something this ambitious. The idea of shooting an entire musical from the comforts of their own home where the actor was not only an actor, but make-up artist, sound technician, gaffer, and Director of Photography/cameraperson all in one is crazy, but it is a feat that they pulled off, and I cannot wait to see what they can do in the future with these new-found skills. 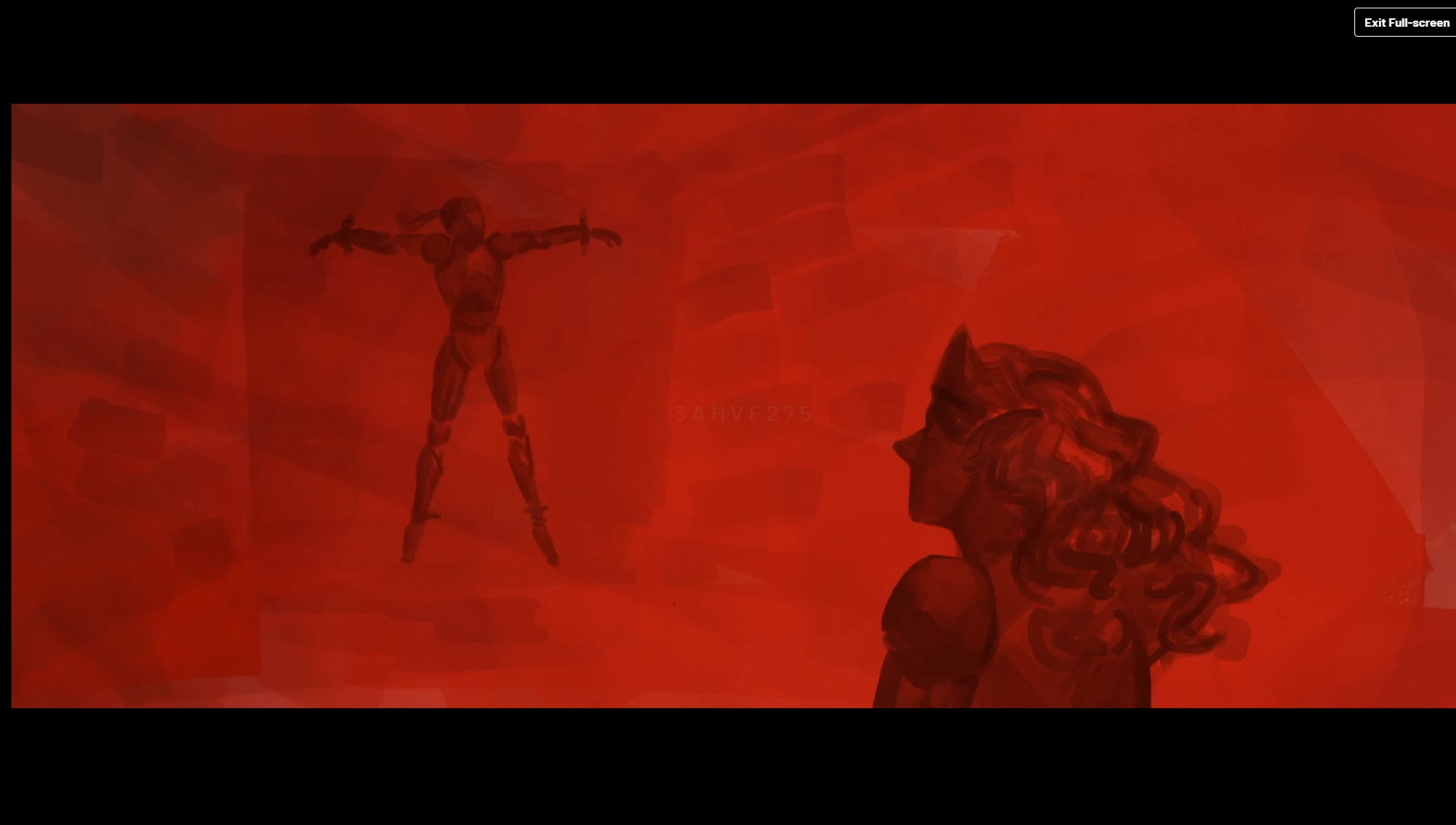 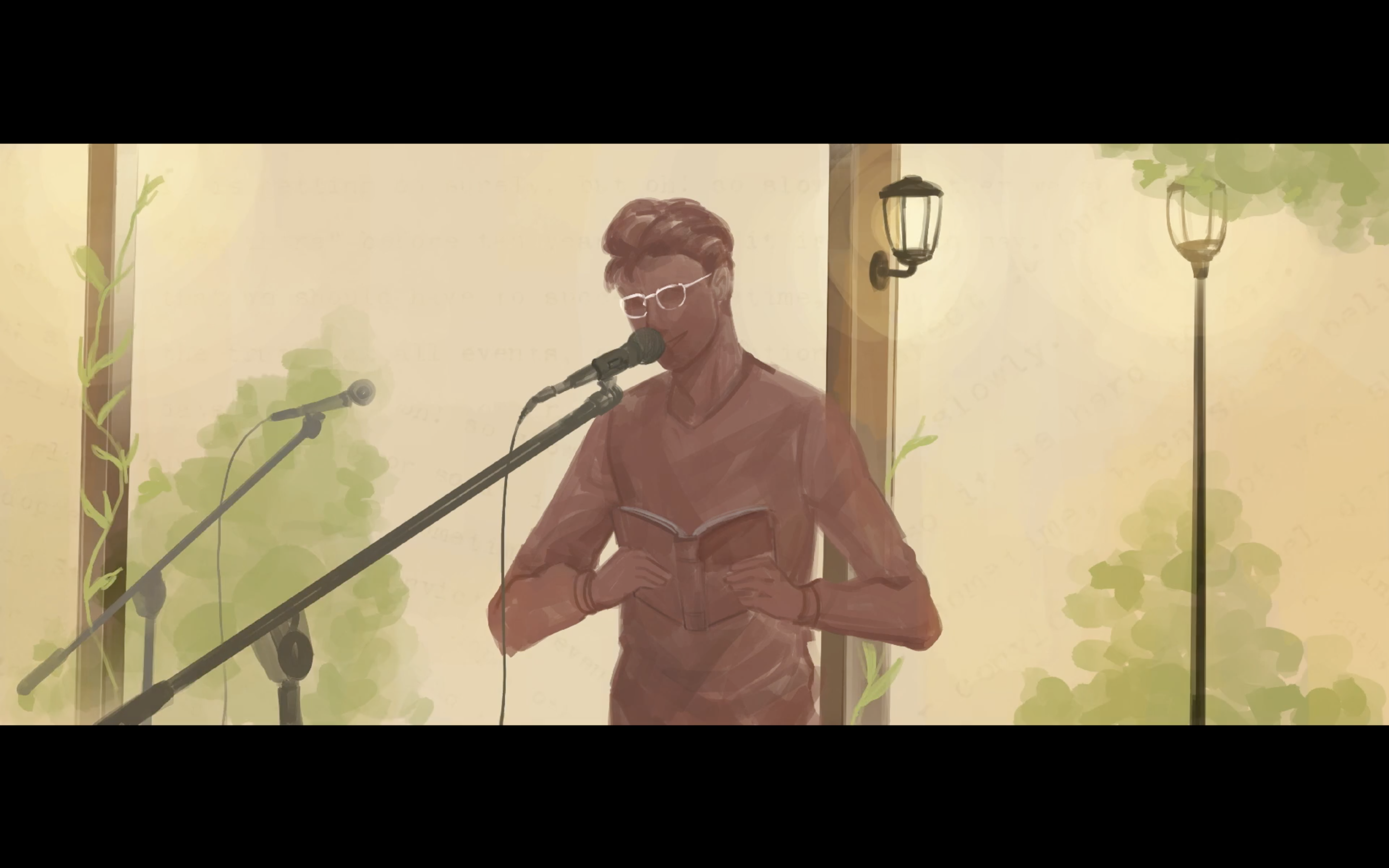 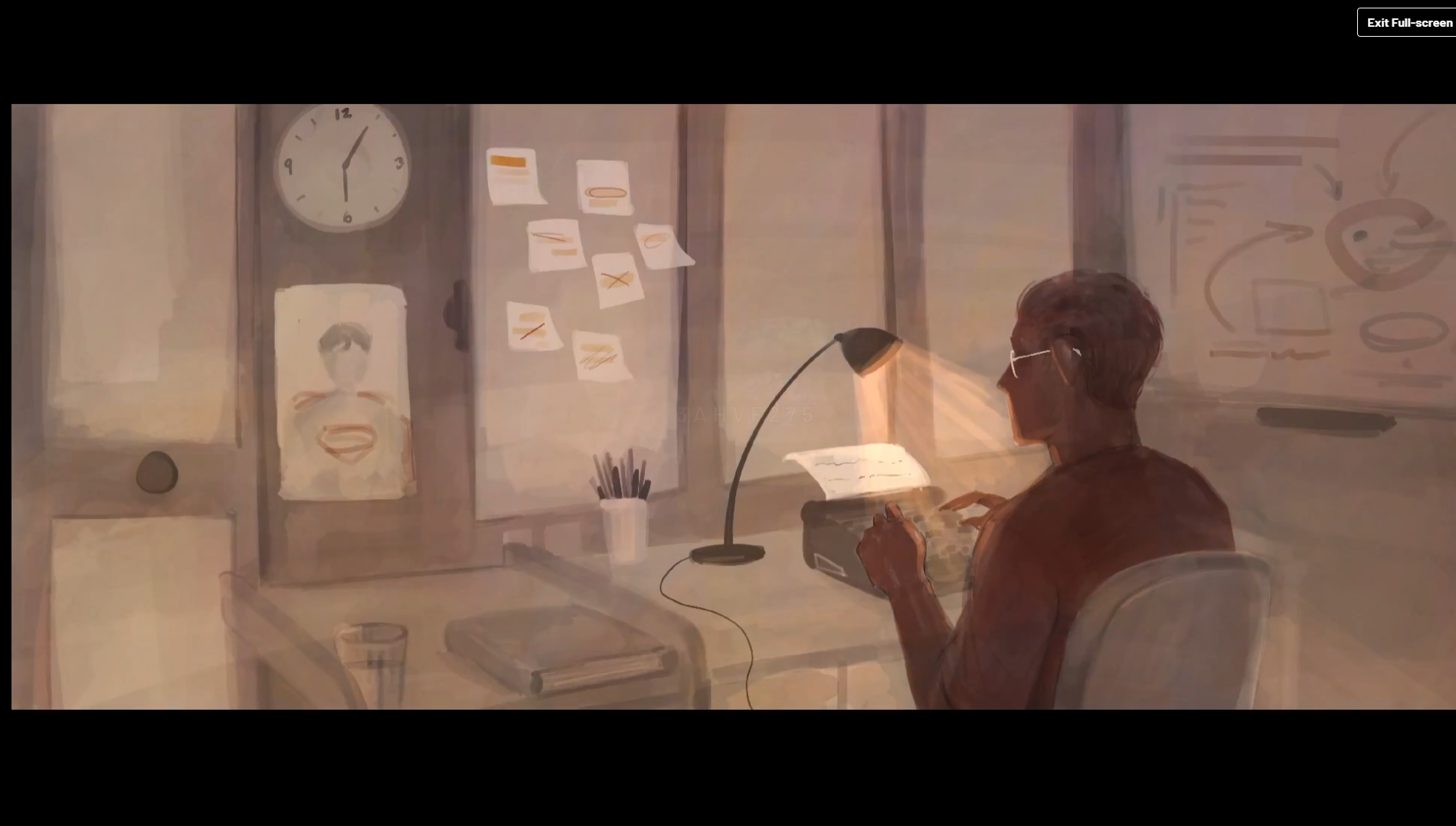 The transitions and art by Carlos De Guzman – especially in the telling of the twisted fairytale – are an easy stand-out and favorite, and it would’ve been nice to see the entire musical given that treatment instead. The sound design by Jan Levi Sanchez does what the plain blue-curtain-set does not: transporting you into the scenes – allowing you to imagine, along with the cast, where you are: in a cafe, a restaurant, a mall, at a public book reading, or playing foosball. I just wish that in these moments the actors on screen were also doing what the sound design made them seem like they were doing – playing foosball, holding a microphone, eating at a restaurant. Davy Narciso and JV Fulgencio shine as a tandem in their more tender moments – when they first meet at the cafe (“So what happens next” / “Maybe he learns to love the princess.” / “Maybe he’ll meet someone new.”); when they share with their therapist what they like about each other. Davy Narciso’s “Wide Awake” showcases the actor’s range and skill, and I would’ve loved to see what he could do with that number on an actual stage. Shaun Ocrisma’s very brief time as the Choreographer easily stole the spotlight, making the ballet scene one of the more memorable numbers in the play.

But, despite the team’s best efforts, the weakest point of the production lies in the writing and the material itself, and unfortunately, it is one that their musicality and performances cannot fix. The music, with Ejay Yatco’s signature whimsical tones, do little to move the story forward. The dialogues and the jokes – Game Uber? – border on pretentious and oftentimes cliché.

This big reveal only happens one hour into the play. For a play that runs for an hour and 30 minutes, it is done so jarringly – save for very few moments where it’s hard not to note the two boys’ similarities: their penchant for alcohol, both writers, their love for that same cafe, and complicated history with Audrey – that for all of the scenes leading up to the reveal you catch yourself asking: what is happening? The climax of the play, and the moment that is supposed to be a spine-tingling scene reminiscent of “Fight Club” and “Next to Normal” instead falls flat.

The musical itself feels like an hour-long exposition, with a rushed fifteen-minute conclusion – where the Therapist comes in and provides the convenient but also lazy resolution for the characters and the play.

While blueREP has undeniably achieved a feat in mounting a digital production of this scale, it is hard to focus on the talent on screen (and behind it) if the material does not give its actors a chance to shine. 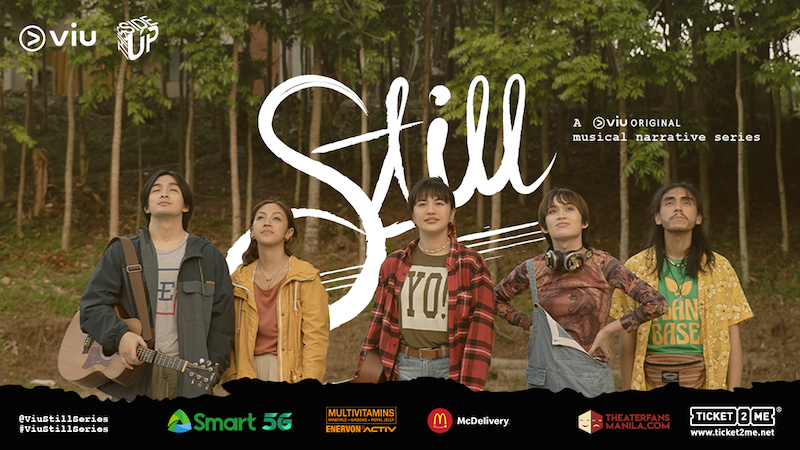 Produced by Viu Philippines and This Side Up, “Still” is set to be the first Filipino musical series to launch on Viu Original.